I chose scene number 21 of the Bayeux Tapestry.  In the scene is depicted the siege of Dol and the escape of Duke Conan, and his subsequent flight to Rednes.  These events took place a year or so before the Battle of Hastings, during the Breton-Norman War.  (Wiki, Breton-Norman War)

Conan II, the Duke of Brittany had a feud with the neighboring duchy, headed by Duke William (who later became William the Conqueror, King of England).  Duke William had sent out a warning to his neighbors that he was on a mission that was sanctioned by the Pope, and to not even try to invade his duchy while he was on his Papal errand.  Duke Conan took the opportunity to threaten to invade Normandy, regardless of William’s warning.  William enlisted Harold to help bring the fight to Conan and take him down.  Conan had laid siege to Dol, but had not captured the castle there.  Instead, William and Harold showed up and Conan was obliged to leave the area and flee toward Rednes (Rennes).  (Wiki, Conan II)

The tapestry depicts Conan escaping down a rope from the castle stronghold of Dol, but this is not historically accurate. (Anderson) (Noxon) Conan had only laid siege to Dol, and had not actually captured the keep.  One could guess that the depiction of Conan escaping down the rope was more dramatically pleasing in the visual story that the Tapestry was trying to portray.  It might also have been difficult to represent the actual details in embroidery, and this was close enough to the truth to convey the point.

It is suggested that the two birds beneath the tower at Dol represent a peaceful surrender between the parties.  (Anderson)

The pursuit of Conan to Rednes continues the story, and it is notable that the spears of the horsemen extend out of the main section of the tapestry and into the top border.  This is among the first sections of the tapestry in which the main characters infringe upon the border art. (Rud)

As for the border art, there were no sources I could find that gave much information about the animals portrayed on either border.  In this section, there are various mythical beasts including dragons.  I have no explanation for their imagery, other than they are mythical and would have been common to the artwork imagery of the time.

The panel following my section includes the surrender of Conan to William, imaged by the exchanging of keys on lances. 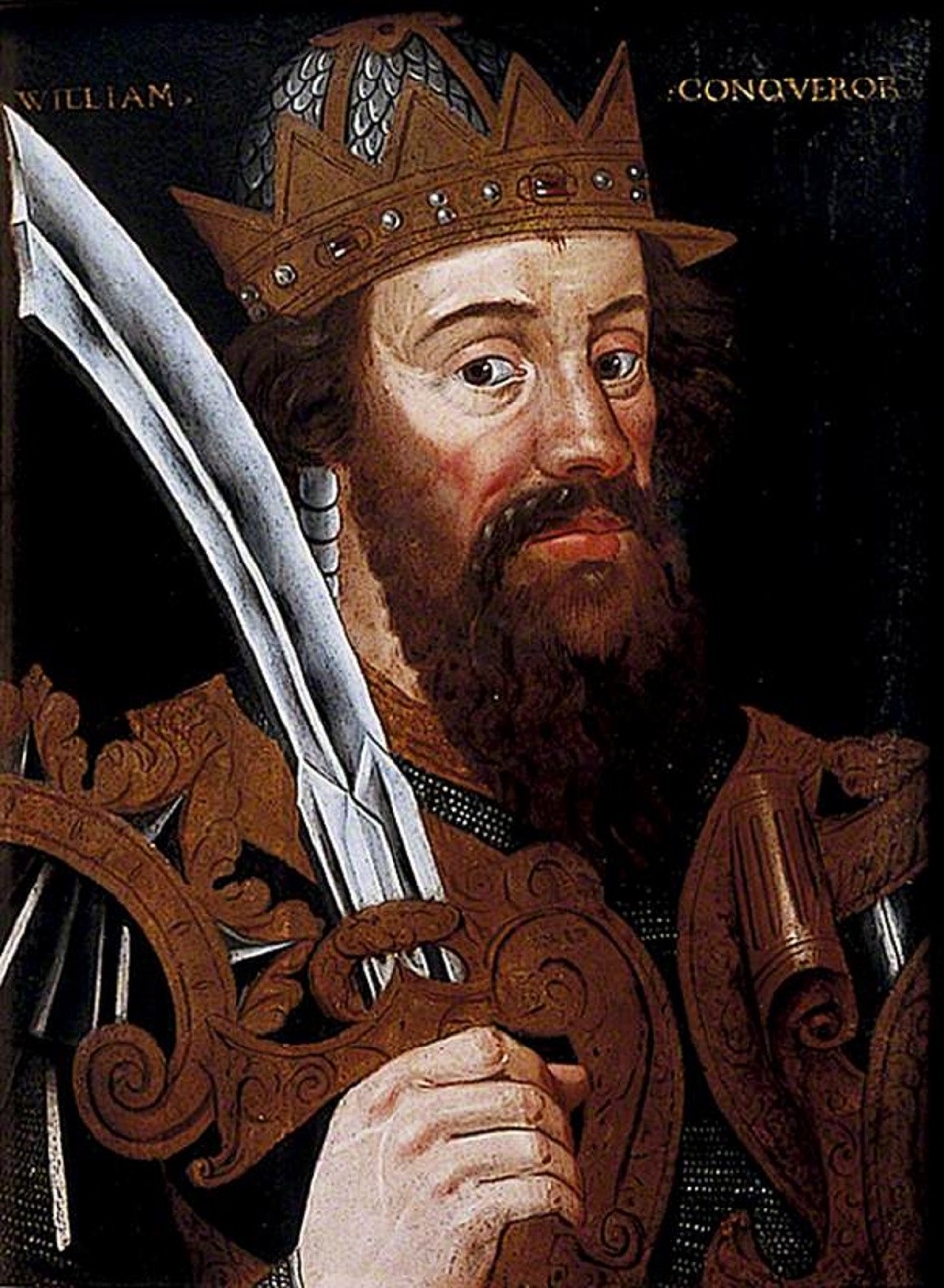 The tapestry itself was meant to make William the Conqueror look very heroic, and give justification to his claim of the English crown.  It was also to explain why Harold should not have been king of England, on account of his oath to William, albeit likely achieved through torturous means.  As the story of William unfolds over the 230ft of embroidery, it is clear that he is the hero of the medieval comic strip story. (Anderson)