Hadrian’s rule of Rome is best characterized by his numerous buildings and similar establishments. It is important to recognize the effects Hadrian’s works had on Rome’s legacy and reputation as well as the effects on his citizens’ lives. 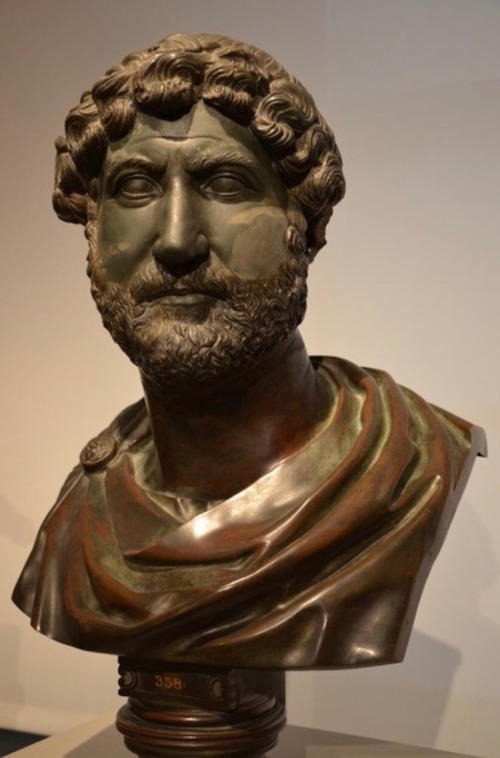 Looking retrospectively upon his actions, Hadrian was deeply invested in improving the living quality of Rome for its citizens. Two minor but effective ways of accomplishing this were by sanctioning and reducing wheeled traffic in the city and by serving harsher punishments to those caught burying dead bodies within city limits (Boatwright 26). These steps would contribute to a cleaner and more appreciated city. A more direct service to his citizens was Hadrian’s increase of Rome’s borders to include land that was previously uninhabitable due to flooding. Through the creation of a dike, the land was made safe and habitable, and became a significant area for housing (Boatwright 24). Another benefit to Roman citizens was the creation of jobs for tens of thousands. Large numbers of workers were needed for Hadrian’s projects; skilled and unskilled workers alike were needed (Boatwright 20). Examples of these projects are the development of shrines, temples, baths, and theatres (Boatwright 7). 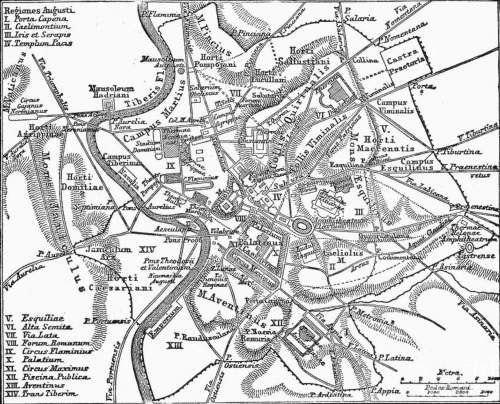 Each of these things contributed to a greater Roman identity for citizens. Between the swell of new buildings and public works as well as the active presence and power of the Roman senate and other princeps, citizens of Rome saw their city as a beacon of strength and unstoppable improvement (Boatwright 7). A greater Roman identity would have benefited the republic in that citizens would be more supportive of their officials and proud of their community. Hadrian was well aware of these effects. In fact, many of Hadrian’s buildings arguably serve two purposes: their literal purpose and their perceived statement of status or power. For example, the purpose of the Pantheon has been debated, but it can be agreed that aside from just being a structure of religious importance, it is a uniquely Roman accomplishment. It was an emblem of Roman identity and potential (Joost-Gaugier 21).

Another point of interest is Hadrian’s buildings themselves. Hadrian, famously enamored with the culture, drew much of his inspiration from the Greeks. This can be seen in his classically Greek yet Roman reinventions of architecture (Somers). The majority of the most well known ancient Roman buildings were built under Hadrian’s reign, such as the Pantheon, the Temple of Venus and Roma, and the Mausoleum (Boatwright 5). Unlike the buildings commissioned by Trajan before him, Hadrian’s buildings lacked lavish decorations and detailing. Rather, these buildings compensated with their sheer size and scale (Boatwright 21). A contributing factor to this feat was the development of efficient and reliable concrete, which opened the doors to buildings previously impossible (Wikipedia). 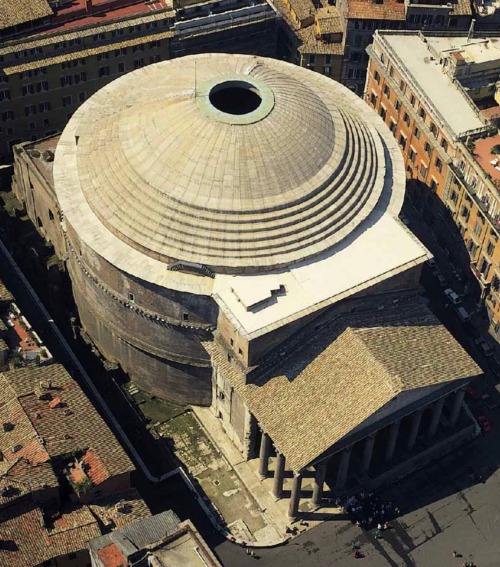 These buildings also serve as important cooperations between the senate and the emperor. As the senate was chiefly responsible for religious matters, the creation of religious buildings required agreement between the two powers. In fact, most of the identified buildings from Hadrian’s time are religious, which paints the relationships between Hadrian and Rome’s senate in a positive light (Boatwright 29).

“The Iconography of Sacred Space: A Suggested Reading of the Meaning of the Roman Pantheon.” Artibus Et Historiae, Last modified January 1, 1998. https://www.jstor.org/stable/1483585?Search=yes&resultItemClick=true&searchText=legacy&searchUri=/action/doBasicSearch?prq=hadrian&Query=legacy&wc=on&fc=off&swp=on&so=rel&acc=on&hp=25&refreqid=search:ada5f9323d46fb65d5a9b5bf47913833&seq=1#metadata_info_tab_contents.

Hadrian had an interest in architecture even before he became emperor. Unlike Trajan before him, Hadrian was unable to create a military legacy, and left an impact on Roman history through public works instead. Hadrian used his public improvement projects in Rome and throughout the empire to unite his people, giving them a sense of common identity.

The Pantheon is Hadrian’s most well-known architectural achievement. It is considered by many to be the pinnacle of Roman construction ability, largely due to the use of concrete in its design. The Pantheon’s 43.3-meter-wide dome remains the largest unreinforced concrete dome in the world even today. The original Pantheon was built by Marcus Agrippa after 27 BC but was burned down around AD 80. Hadrian completely rebuilt it into the building we know today. Cultural impacts of the Pantheon and its revolutionary architecture can be seen across the world, from the Hagia Sophia in Constantinople to the Basilica of St. Peter in 15th century Rome, which was partly designed by Michelangelo after close study of the Pantheon.

Through his extensive building and public works projects, Hadrian was able to secure his legacy as emperor, as well as strengthening the empire for his successors. In order to ensure a smooth transition of power after his death, Hadrian built himself a tomb in the center of Rome modeled after that of Augustus’s mausoleum nearby. This action was seen as a bold political statement, highlighting Hadrian’s desire to establish a dynasty.

Religion in the time of Hadrian

The emperor Hadrian seems to have had a rather eclectic view of spirituality.  He favored the traditions of Hellenism, with a flair for Egyptian mythology, and a sprinkling of other religions of the day.  He constructed temples to the Greek and Roman gods, deified Antinous by comparing him to Osiris, and curbed anti-Christian sentiments by instructing governors to investigate claims against Christians and punish those who made false accusations.

Hadrian himself is difficult to classify into just one religion.  (Walton, 165) He had at least a passing knowledge of most of the sects and cults of his time, and it would stand to reason that he had a particular fascination for eastern religions, given his time spent in that region.

Hadrian desired to rebuild many cities that had been destroyed in previous conflicts, including Jerusalem.  This, however, enraged the Jewish populace — who believed that it was an insult for anyone other than their people to rebuild their holy city and temple, and ended in the Bar Kokhba revolt. (Rénan, 501)  This bloody conflict put down further Jewish uprisings.  (Goodman, 182) 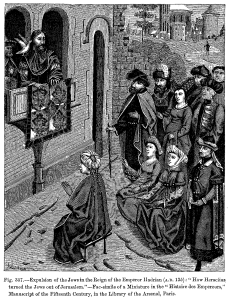 The Hellenistic religions during Hadrian flourished.  New temples to the gods were erected, and nothing controversial happened between people of those beliefs. (Religious Activities, Wiki)

Christians, who practiced their religion quietly so as not to provoke enemy persecution, benefitted from Hadrian’s policies.  Hadrian allowed their religious practices so long as Christians did not object to paying homage to the many Roman gods.  Only if they broke other laws were Christians punished. (Religious Activities, Wiki)  Hadrian had knowledge of the teachings of Jesus, and would have built a temple to him if not for the admonishment of the oracle at the time, who warned that if he built that temple, the other temples would fall into disuse and it would be the end of those other religions. (Rénan, 508)

The death of his boy-lover Antinous began a new cult that was spread by Hadrian far beyond the Nile, where Antinous likely drowned.  Hadrian deified the young man, and he became known as Osiris-Antinous.  A city was established near the place of this death, called Antinopolis, which also served as a place that connected the Egyptian culture with Greco-Roman culture.  (Antinous, Wiki) 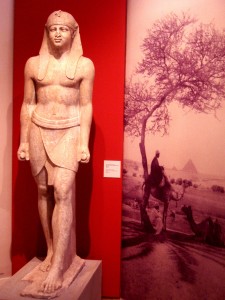 These religions would have translated from the population as a whole into the military ranks.  Though, for many soldiers, the Hellenistic cults would have been the most popular, given their high favor by emperor Hadrian.  There would have likely been a small group of Christians and other religions among the soldiers as well.

In conclusion, Hadrian’s rule was largely peaceful, with many benefits to the various religious groups — with the notable exception of the Jews, whose uprising was perhaps the most violent event in Hadrian’s reign.

The Law Under Hadrian

When Hadrian became emperor, he sought to organize the government more efficiently. During his reign he sought to codify roman law. In other words, he wanted the law written down and set in stone with little room for personal interpretation. He made his legal advisors into a permanent office. The central government became very strong and often helped the upper classes more than the lower. Punishments for higher classed citizens were much more forgiving than those for the lower class. He encouraged political figures to behave well and dress nicely.

While emperor he implemented the Praetor’s Edict or Perpetual Edict. A praetor “was the magistrate charged with the administration of justice” (Touri). They made sure the law was being upheld and made sure proper legal action was taking place. At the beginning of each year, praetors would publish their edict and all legal procedures listed within. As the year continued, changes and additions may happen. When legal action needed to take place, they could refer to the edict to determine what the outcome should be. If they were ever presented a case they hadn’t dealt with in the past, they could work the case out and add to the edict.

The Perpetual Edict would be very beneficial in many ways. It prevented the law from being left to interpretation. Rather than every single legal issue needing to be brought before the emperor or praetor, smaller issues could be dealt with by referring to the edict. If anybody attempted to find a way around the law, the edict could adapt to cover their offenses.

With most praetors, their edict would rarely change from year to year (Johnston). The idea of the perpetual edict was not new to Hadrian’s time, though he was the first emperor to make it official. There are also very few sources that reference the perpetual edict and it is difficult to find exact dates for when they were published. When referring to Hadrian’s perpetual edict, there is uncertainty and vagueness associated. It is possible that modern ideas have influenced what has been said about the government of ancient Rome and it is even possible the edict didn’t exist until after Hadrian’s time.

The Military under Hadrian

What made the legions (and auxilia and such) so appealing compared to other professions?

Benefits of the Legions (and Auxilia and such):

Pros and Cons of Other Occupations: