Many of the Roman physicians came from Greece. Some of the most famous include Dioscorides, Soranus, and espcecially Galen (“Medicine in ancient Rome”).

Pedanius Dioscorides was a Greek botanist, as well as a doctor and pharmacologist. He lived from 40-90 A.D. He practiced in Rome during the reign of Nero. He was a well-known Roman Army physician. One of Dioscorides’ great works was an encyclopedia he wrote called De Materia Medica. It contained over 600 herbal cures, which formed a powerful and long-lasting pharmacopeia (“Medicine in ancient Rome”). A pharmacopeia is “a book published usually under the jurisdiction of the government and containing a list of drugs, their formulas, methods for making medicinal preparations, requirements and tests for their strength and purity, and other related information” (“pharmacopoeia”). For the next 1,500 years, his encyclopedia was used by many doctors (“Medicine in ancient Rome”).

The next physician we will discuss was named Soranus. He was a Greek doctor from Ephesus. Soranus was alive around 98- 138 A.D., during reigns of Trajan and Hadrin. According to the Suda, he practiced in Alexandria and Rome. “The Suda or Souda is a massive 10th-century Byzantine encyclopedia of the ancient Mediterranean world…” (Suda wiki). He became the chief representative of the Methodic school of medicine. His work called Gynaecology is still in existence. It was first published in 1838. In 1882, it was published by V. Rose, including a 6th century Latin translation by Muscio. Muscio was a physician of the same school as Soranus (“Medicine in ancient Rome”).

Galen of Pergamon was known to be a very famous Greek physician. He was born in 129 A.D. and died around 200 or 216 A.D. His impressive theories ended up dominating Western medical science for over 1,000 years. By age 20, he had already served for four years in his local temple as a therapeutes, which means attendant or associate, of the god Asclepius. For more information about the god Asclepius, see the first blog post titled “Greek Influence”. Galen extensively studied the human body, but dissection of human cadavers was against Roman law. Because of this, he used pigs, apes, and other animals for dissection (“Medicine in ancient Rome”). The reason why Galen thought that anatomy was so important was because he believed in the Aristotelian doctrine that forms follow function. For example, he believed that in order to understand how a specific organ works, we must first understand what that organ looks like (K., David). 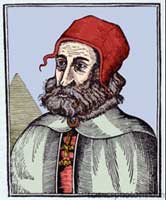 Galen moved to Rome in 162 A.D. While in Rome he lectured and wrote. He also performed demonstrations about his anatomical knowledge. His reputation as an experienced physician grew, which led him acquiring many clients. One of his clients was named Flavius Boethius. Flavius introduced him to the imperial court, where he had the privilege of becoming Emperor Marcus Aurelius’ physician (“Medicine in ancient Rome”).

Even though he was a member of the Court he did not like Latin. He preferred to speak in Greek, his native tongue. He treated Roman role models Lucius Verus, Commodus, and Septimus Severus. In 166 A.D. he returned to Pergamon until he went back to Rome permanently in 169 A.D. (“Medicine in ancient Rome”).

Galen believed in Hippocrates theory of the four humors, which explained that a person’s health had to do with the balance between the four main fluids of the body- blood, yellow bile, black bile, and phlegm. Food was supposed to be the main component that stabilized the humors (“Medicine in ancient Rome”).

Hippocratic medicine survived because of Galen. Galen referenced Hippocrates many times in his writings. He thought that Hippocratic literature should be the basic for physician conduct and treatments. Galen wrote about how a physician should have reasoning skills. He should practice temperance and despise all money. He should also treat every patient fairly (“Medicine in ancient Rome”).