The History of the Trojan War 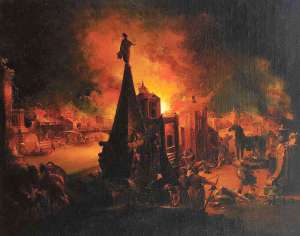 Figure 1: A depiction of the Siege of Troy (Trautmann)

The Trojan War, which occurred sometime between 1260 and 1240 BC, was fought between the Greeks and the Trojans in the city of Troy. According to Greek mythology, the war was initiated when the goddesses Hera, Aphrodite, and Athena began to quarrel when Eris gave them the Apple of Discord, which was marked for the fairest. Paris judged that Aphrodite was the fairest and she received the apple. In return, Aphrodite made the wife of Menelaus, Helen, fall in love with Paris. This angered Menelaus, which caused him to have troops, led by his brother Agamemnon, to siege the city for over ten years.

Many historians disagree as to whether the Trojan War actually occurred. Many pieces of evidence of the war come from various pieces of Greek art. “A great proportion of Greek and Roman art can be connected with legends that stem from the Trojan War” (Sparkes, 54). “The most important literary sources are the two epic poems traditionally credited to Homer, The Iliad and The Odyssey, composed sometime between the 9th and 6th centuries BC” (Wikipedia Contributors). In The Odyssey, Homer writes of Odysseus who has not returned home from the war. He mentions the Trojan War in the first sentence of this poem. “Tell me, O muse, of that ingenious hero who travelled far and wide after he had sacked the famous town of Troy” (Homer, 1).

In Homer’s epic poem The Iliad, he “never overtly refers to the ruse of the wooden horse” (Franko, 121), but he does allude to the horse three times near the end of the poem. Greek legend states that the war was ended when the Greeks constructed a large hollow wooden horse. He filled the horse with soldiers and delivered the horse to the Trojans’ camp. The Trojans accepted the horse, which was a sacred animal to them, and the soldiers emerged from within and sacked Troy.