The Battle of Halicarnassus 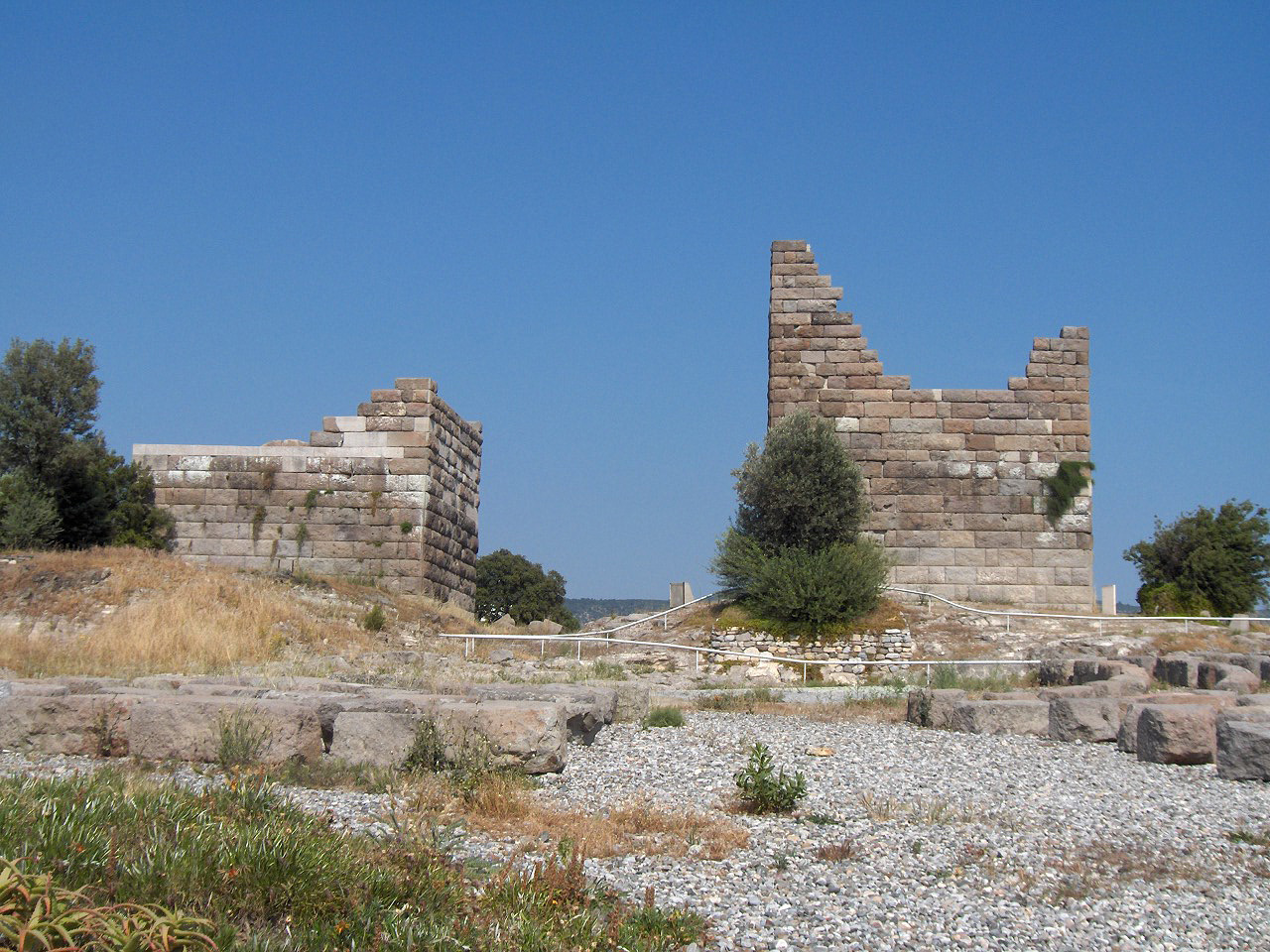 Ruins of the fortifications around the city; 4th c. BC; Bordrum, Turkey

The siege of Halicarnassus (located in modern Bodrum, Turkey) was fought between the Macedonians and the Persians. Alexander the Great was the leader of the Macedonians and Memnon of Rhodes was the leader of the Persian garrison. This event occurred in 334 BC. The wars of Alexander the Great started when his father, Philip II, was assassinated by the captain of his bodyguard. Because Alexander was the next in line to be an heir to the kingdom, he was proclaimed king. Many states were outraged about the news of Philip II’s death and began to revolt. Alexander gathered over 3,000 cavalry men and took control over them. He then set off to conquer Persia.

One of Alexander’s tactics was to siege all the cities on the way to Halicarnassus with the help of his 3,000 cavalrymen. “But Alexander, on entering Caria, in a short time got possession of all the cities between Miletus and Halicarnassus” (Quintus Curtius, 52). He was able to do this due to his existing relations with the Greeks in the cities. “Most of them were inhabited by Greeks, to whom he was accustomed to restore immunity and their own laws, declaring that he had come into Asia to free them” (Quintus Curtius, 53). After conquering Caria, Alexander left his cavalrymen behind and used alternate means of attacking Halicarnassus. “These troops were left in Caria as part of the provincial army” (Sekunda 22). Even though the Macedonian cavalry wasn’t used in the siege of Halicarnassus, they were a vital piece of capturing and keeping control of the cities nearby.

Another reason Alexander didn’t take his cavalrymen to siege Halicarnassus was possibly due to the terrain. Halicarnassus’ citadel was located on an island, away from the acropolis and the rest of the city, which was not ideal for horsemen. In order to capture Halicarnassus, Alexander sent spies into the city to meet with dissidents. “When his spies arrived, however, the dissidents were nowhere to be found” (Wikipedia Contributors). A minute battle broke out, and Alexander’s army was able to get through the city walls. The Persians attacked by using their catapults, which held his army off. In the end, the Macedonians were able to capture the acropolis and the lower part of the city due to a path through the valley close by. Even with this small victory, Alexander was unable to capture the citadel; the Persians were able to keep the Macedonians at bay for over a year. Alexander, knowing that he had lost both time and men, moved on to fight his next battle. Many historians agree that “The most important reason for Alexander’s lack of success was the fact that the Macedonians did not have a navy” (Lendering).