Oh I Just Can’t Wait To Be Queen

Although Medieval society was mostly a patriarchal and male dominated society, landowning upper class women would often be called upon to act in their husband’s stead in the case of absence or death (Jewell 127). Historian Rowena Archer stated “virtually all women of property could expect to exercise a measure of administrative responsibility wherever and whenever the need arose” (as qtd by Jewell 127). The reign of Eleanor of Aquitaine as Queen of England, and Blanche of Castile as Queen of France demonstrate two influential women who were both called upon to fulfill administrative responsibility in the absence of their husbands and the minority or absence of an heir.

The documentation of Eleanor acting as regent Queen is found in the writs run in her name during the absence of her husband King Henry (Richardson 195), as well as the limited documentation spanning the time between her husband’s death on July 8, 1186 and her son Richard’s coronation on September 3 that same year (Richardson 201). Other than an order for the release and trial of prisoners, and for fealty to be sworn to Richard, there is no other documentation from Eleanor in the 8 weeks between Henry’s death and Richard’s coronation (Richardson 201). Yet there is little doubt that during this brief period she exercised “very great, perhaps paramount authority” (Richardson 201). Being the intelligent, capable and determined woman it appears she was, she could hardly be considered just a ‘regent’ ruler acting in place of an absent husband (Richardson 201).

Blanche of Castile presents another extraordinary example of a woman as the ruling entity (even if for only a brief time). At a young age (and in place of her older sister) Blanche was chosen by her grandmother, Eleanor of Aquitaine, to wed the future Louis VII (Abrate 659). Married at age twelve, Blanche enjoyed a surprising and rare happy marriage with Louis VII, and gave birth to twelve children (Abrate 659). She was trained from childhood to be a queen, but had to wait until her mid-thirties to become Queen of France, and then within three years lost both her beloved husband and her status (Abrate 659). She has been portrayed as a woman who is “discerning in her political judgments and thoroughly honest” (Jordan 1049). Her political accomplishments as regent and short time ruling mark her as a great queen and influential woman in French History (Abrate 659). Though she was ambitious and desired the power and title of   a queen, she gracefully surrendered power to her son Louis IX and his wife Marguerite (Abrate 660). In the review of Blanche de Castile by Gerard Sivery, Jayne Abrate describes Blanche de Castile as a heroine in French history, stating that “although a woman could not succeed to the throne, France was repeatedly saved, perhaps in spite of itself, by a woman’s hand” (Abrate 660). 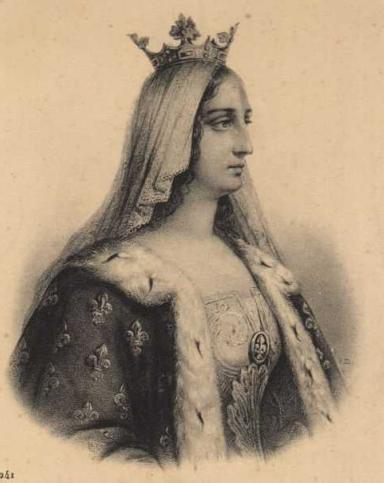 Tagged as Women in Medieval Society